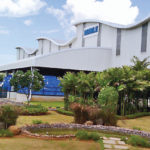 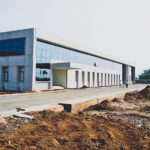 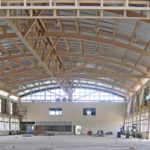 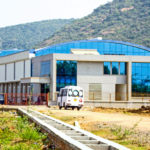 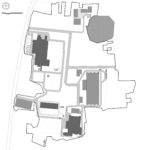 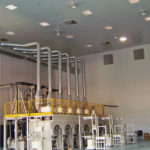 ANANDGRAM was conceived as an industrial park currently extending over an area of 59 acres. The park was developed in stages as and when adjacent lands were acquired. An open ended master plan was developed to allow this incremental development without creating bottlenecks.

TAKATA, a Japanese company which manufactures air bags, seat belts and steering wheel systems has a polyurethane injection facility and an air-conditioned assembly area which accommodates stitching machines for airbags and seat belts. The utilities in this area are specially designed to allow a flexible arrangement of equipment that can be easily re-configured. There is also an inflation testing facility which incorporates special features to make it blast proof and in case of accidents to mitigate the effects of the explosion. The logistics section has a despatch area designed to cater to several types of cargo vehicles.

The roof is made up of lattices and north-light trusses which help to bring daylight into the shop floor. Though the assembly area has a false ceiling, it incorporates glass panels which permit the light coming in through the north-light above it to filter down to the shop floor.

Cy Mu TECH is a Korean company which makes cylinder liners using a highly automated plant comprising several CNC machining cells. It has a curved steel roof made up of steel tubular sections with large, glazed spandrels at each end of the shop. This curved feature was designed to give the facility a distinctly different and separate identity from its neighbour TAKATA – a much larger plant.

MAHLE a German company which produces air filters and air -conditioning equipment is the third plant to be established at Anandgram. The roof is a shallow ‘S’ curve, which incorporates north light glazing, that compliments the curved roof of its immediate neighbour CyMutech. With this pronounced variation in roof forms, each of the plants located in this compact industrial park are identifiable by their unique visual character. This variety also reflects the structure of Anand Automobile Systems – a heterogeneous company made up of several collaborations with manufacturers from across the world.